Many people dream of traveling the world at least once in their life. And to make that happen, they turn to airplanes. In 2019, airlines carried 4.5 billion passengers worldwide, and although the pandemic momentarily halted that number from rising, it is expected to grow quicker in the coming years.

However, flying also comes with a high environmental cost — one that is only becoming more evident through climate change as the years go by. A single long-haul flight can generate as much carbon dioxide as the average person produces in an entire year. And the aviation industry is responsible for about 2.1% of all human-caused greenhouse gas emissions.

This means that as the demand for air travel increases, so does the aviation industry’s impact on climate change. But airlines are starting to make their planes and flights more eco-friendly. Here are five ways they’re doing it:

One of the most critical ways airlines go green is by investing in newer, more fuel-efficient planes. For example, the Airbus A320neo uses 15% less fuel than the original A320 model. And the Boeing 787 Dreamliner is 20% more fuel-efficient than similar-sized planes.

Although this may not seem like much to the average traveler, it makes a big difference considering how many flights take place daily. If all the world’s airlines replaced their fleet with fuel-efficient planes, it would be the equivalent of taking 80 million cars off the road.

The implication is that there would be a significant reduction in carbon emissions, which is good news for the environment. But this is also good news for society since that means more people could enjoy traveling for leisure without compromising the planet.

By offsetting their emissions, airlines are effectively canceling out the negative impact of their flights. And although there is some debate about the effectiveness of carbon offsets, they are definitely a step in the right direction. So, if you’re looking to fly more eco-friendly, check if your airline offers carbon offsets. 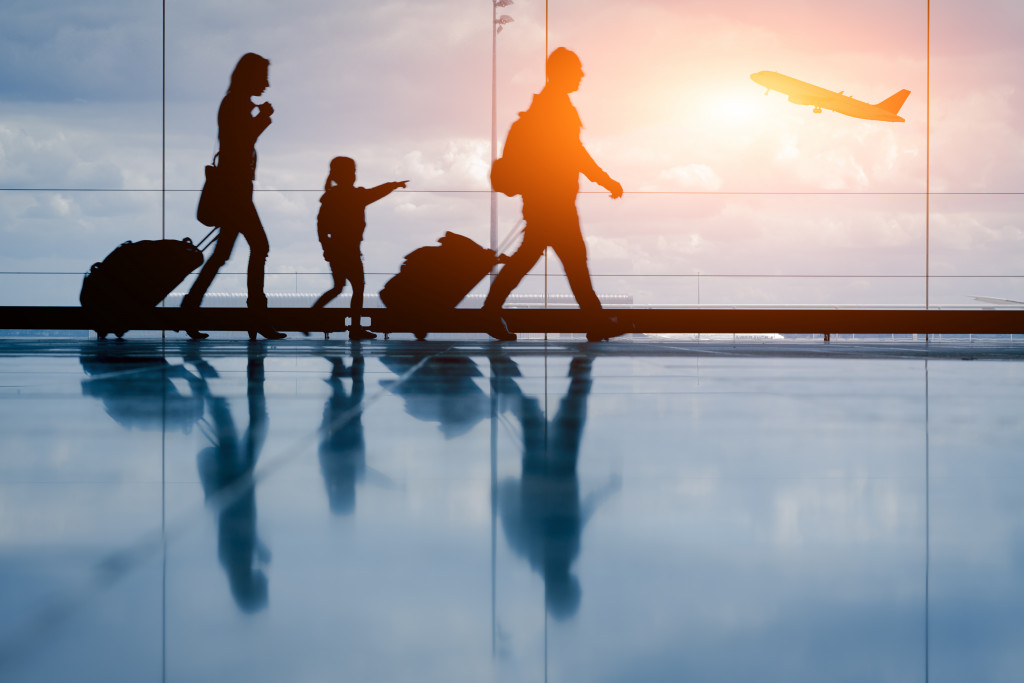 Another example is how Heathrow Airport in London uses rainwater to flush toilets and water plants, saving millions of gallons of water each year. And they’re in the process of building a new terminal powered by renewable energy, which can offset up to 50,000 tons of carbon dioxide emissions each year.

In addition, many airports invest in electric ground support equipment, such as baggage tugs and ground power units. This equipment is powered by batteries or fuel cells, which emit far less pollution than traditional gas-powered engines. All these efforts are aimed at making airports more sustainable and eco-friendly.

Airlines are also going green by reducing waste. For example, some airlines no longer provide plastic straws or stirrers, and others offer passengers the option to donate their unwanted in-flight meals to charity. Although these may not seem like much, they add up when considering how many flights take place worldwide.

Aside from these efforts, airline companies are also using aircraft lavatory carts to remove waste and sanitize the lavatories without the use of harsh chemicals. This helps reduce the amount of waste produced and makes cleaning more environmentally friendly.

More airlines are also turning to biofuels from renewable materials like algae or cooking oil. While they’re not widely available yet, they have the potential to reduce carbon emissions by up to 80% because they burn cleaner than traditional jet fuel.

Not only are biofuels more environmentally friendly, but they’re also more cost-effective. So far, sustainable aviation biofuels have been used in over 1,500 flights, and they’re only going to become more prevalent in the years to come. This means that flying is becoming more eco-friendly, which is good news for the environment and travelers.

There you have it: five ways airlines are making flying more eco-friendly. So, the next time you book a flight, keep these in mind and choose an airline doing its part to reduce its environmental impact. That way, you can travel without feeling guilty about the adverse effects of your actions on the planet.